Did you know that you can earn linden just by placing our adboards on your land?

The SecondAds advertising network brings together advertisers and publishers like never before.

With our adboards you no longer need to worry about finding advertisers. We do all the hard work for you, meaning you'll never have to look at an unrented adboard ever again - advertisements change every few seconds! 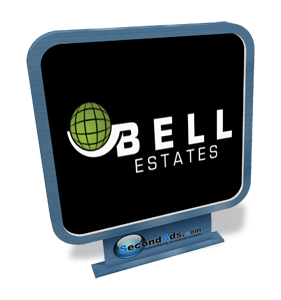 ...LGH is a game of balance, with many markets. If any one of these markets fails to be profitable, the rest of the game suffers. Re-stabilizing failing markets always appears to have a negative impact to some players, those who were benefiting from unsupportable higher profits. If you want to the real culprit – it is simple greed.

The reality is, for all fishers, the more copycat games are played, the more they, and LGH, must compete with each other. Inevitably, this means the more demanding landowners can be regarding the price they pay to attract people to their land via these games. This is natural behavior, why should (or would) a landowner pay more than they have to, if they can attract us to a game for less?  Also, we now see many landowners with multiple games on their land.  Playing copycat games increases the odds that landowners do this.  Behind the scenes I have to believe they are negotiating with game owners, lobbying for lower costs (since now they have multiple games to support). And each time they save money, it costs the players profits, not just in LGH. Inevitably, all games must either accept losses or reduce player profits. Games that accept losses over long periods of time eventually go belly up, as do all their player’s investments.

I heard many wonder how “Wili” has lasted so long. But this is why. He tweaks, makes adjustments, and sincerely wants to create a game that is complex, challenging, but mostly community oriented. Players who care only about profits and not the community abound in LGH. They are everywhere, complaining each time it appears their current profits are reduced. They point fingers, whine and create drama in the chat. The reality is, they can’t see the big picture. But they put on quite a show and often convince new players they are right…but they’re not about community, they are about themselves and they are just greedy.

Many 'greedy'If games fail to be profitable, they go away and all our investments with them. Over the years many of these games have come and gone, LGH is still here. I fish only LGH these days, especially after seeing some of the drama within the other games. They are newer and don't really know how to deal with manipulations of the markets or cheaters (and in some cases were created by cheaters after LGH told them to take a hike). Cheaters are pretty greedy too, greedy enough to cheat.

In LGH, I have a game creator (Wili Clip) who listens, considers (and that is key here, he doesn't react) and tries to alter the game to keep it sustainable. Unless you play all aspects (or oversaw the creation of all aspects as Wili has), it's hard to see how they all impact each other, players, landowners and the LGH system as a whole. If you have a suggestion, submit a ticket - Wili will hear about the reasonable ones for sure. Don't assume because you didn't get a response that no one read it. Like LL, Wili and all the GM’s and Elders are super busy - and I would rather they spend their time implementing improvements that make sense rather than listening to me whine about things (yes, I whine sometimes too...we have very tolerant GM's in LGH - smiles).

These same concepts are true when we purchase supplies within the game at less than profitable prices. Buying Magic Powders for unsustainable prices does not benefit the game or, in the long run, the player. It will put other Magic Powder providers out of business (and possibly out of the game) leaving a monopoly (at least for a short time) for those who underbid. It allows them great profits (potentially) at some point. It's not hard to figure out how much it costs to produce Magic Powder. Go see the price of the recipe in the Craft Hut and then price the ingredients. Then add a reasonable profit to it all (10-20%). If you are paying less than that, you are risking significantly higher prices in the future.

LGH has the most complex game on the grid. If you invest beyond a beginner’s rod and small worms, you can LOSE linden. Playing beyond the basics requires careful, global, community based thinking. However, there are also good lindens to be made if you try to consider a sustainable economy instead of quick and greedy profits. Let's be honest, those greedy folks whining in chat are still playing LGH games. If LGH were so bad, they would leave -- but they stay and take advantage of its profitability despite their complaining and drama promotion in chat.

Don't be fooled - ultimately they are greedy players. They don't care what happens to you, to LGH or your investments. They only care about their own lindens. Remember, we are a community, we must work at being sustainable as a community or risk the consequences.

I look at these vocal few who complain with every change in the game, every tweak Wili does to ensure sustainability, as slick politicians - they are attempting to manipulate the masses to fill their pockets behind-the-scenes. Don't fall for it.

The way to success is slow and sure - but today we face a new issue. We must be united for the common good of LGH and our community. I never came to LGH to be rich. Look at the top earning players, they are not rich, but they have done very well. Look at any copy-cat games top earners, they are not rich either. We are players of a game, which should be challenging and enjoyable. Greed detracts from both aspects. There are good lindens to be made by wise decisions. Greedy players will never be happy or satisfied, as greed leads only to more greed.  There is no moral compass involved, no thought of community, it's just greed.