Fishing for XP Part 2 The Strategies 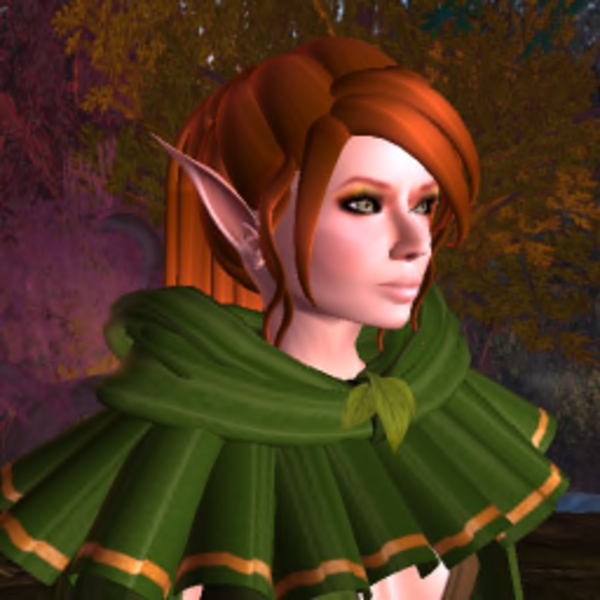 Now that you've read Fishing for XP-Part 1 “The Basics” its time to talk about how to fish for maximum XP without spending more L$ then necessary.

The first rule of successful fishing is to fish a lot! There really are no shortcuts. This is where the Fish Hunt Rankings-Monthly is of value. Monthly Experience is measured on number of successful casts or fishes caught. If your monthly experience is 1500 that means you caught 1500 fish since the ranking was reset. During the first week after reset, the rankings change rapidly. After 2 or 3 weeks you will get a better idea of how much you fish compared to everyone else. If you are at rank #100, there are 99 people fishing faster than you!

Buy the best rod you can. You can do very well with a Deluxe at +4x up to a point. I managed to climb to about rank 50 using a Deluxe before I reached the point where I simply could not fish enough to keep up with fishers using Magic or Shark rods (+8).

Buy a shubbie from another player. The going rate for Blue is 500L$-800L$. Greens are 1500L$-1800L$. A Deluxe rod with a Green gives you +7xp every cast and +15xp during Double XP events. And that combination can be very cost efficient. Just make sure you budget for the cost of food. You will want to split a Blue or Green in order to try to get a Red. Red's are still rare and cost 15000L$-20000L$. Just remember that your feed costs will double after the 1st split.

If you get a Red on a split and you haven't got a Magic or Shark rod, sell the Red for 20000L$ and get a Shark rod. If you already have your 8xp rod, use the Red. At +5xp with a cost per cast of 0.15 pre-split it is the cheapest XP you can get. Shark rod with a Red is a base of +13xp per cast during normal fishing and a base of +29xp during Double XP events. If you let a Red split, then the food cost doubles to 6 spoons or 0.30 per cast. I got lucky and split a Red a couple months ago. My current strategy is to keep it below its experience level needed to split to keep the food expense down.

Never fish buoy multiple events during Double XP. They lag and you get too many wiggles. The time you waste is lost XP.

Don't use the Fish HUD. Use the Fish Hunt Multipliers page along with your viewer's Teleport History to select your buoys. The Multipliers page will tell you if a buoy is funded and allow you to avoid the busy multiples. Your Teleport History will tell you the last time you were at that buoy so you don't TP to a random buoy where you are spooked. I have my shubbie counting casts and have my next buoy queued up in advance. Once spooked I can thank the host for the fishes, teleport to the next buoy and usually start casting in under a minute!

The faster one fishes during a Double XP event the greater the daily total. It's not unusual for me to make 25000xp to 30000xp on a full day of Double XP. One buoy takes ~45 minutes to complete 51 casts for a total of 1683xp.

Once I stopped stressing over catching cheap fish and started focusing on making as much XP per cast as possible, I discovered I was making a usable profit fishing. And setting daily goals for gaining XP on the person I was chasing helped me stay focused even though I knew it was going to take months to catch them.

Thank you, Parsnip.     I knew some of these things but learned quite a bit from your part 1 and part 2 fishing for xp posts.   Even though it will be awhile before I am at a point to make use of some of it, nonetheless it is good to know as it gives me a better overall understanding of how the fishing works.

Thank you!!!  This 2-part blog is well-written, easily followed, and you kept it short and simple. Very well done

Thx dayz!  I was thinking it was a bit wordy and nerdy.  But I have gotten good comments both here and inworld.  I am glad I made the time to get it written and hope people find it of value.