We generally avoid politics in our gaming community and Second Life group chat in LGH. But I am so horrified and outright angry by what I've seen has been happening since the outbreak of Coronavirus. I have decided to notify the community in Second Life to do the opposite from "information suppression". I encourage everyone to talk about it, discuss and share information (no fake/false news, only verifiable factual information).

I have learned about how Chinese government is suppressing the information and facts about the Corona virus outbreak. Recent death of dr. Li Wenliang for me a true HERO of China. The 1st brave whistleblower on corona virus who put the concerns for lifes of others above the communist party politics and its oppressive and dangerous rules. 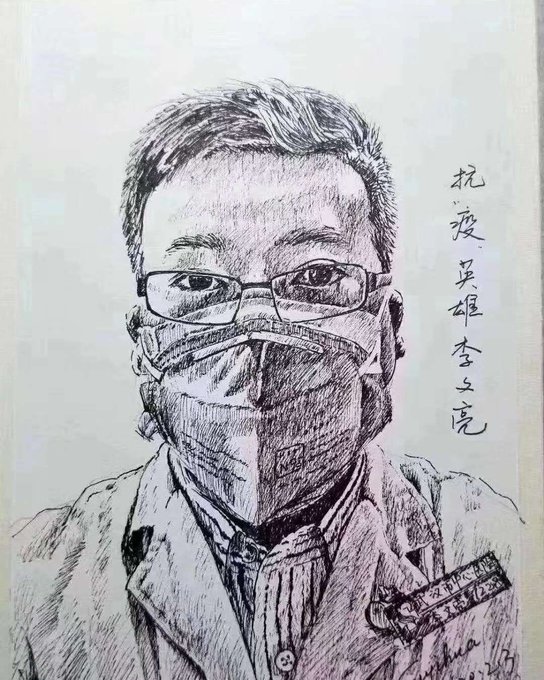 He had sent out a warning to fellow medics on 30 December but police told him to stop "making false comments".
(source: BBC News)

The fact is that because Chinese government decided to suppress early information about virus outbreak they made it impossible to contain it and prevent it from spreading. By doing that they sentenced many out of 11 millions population to possible death from viral infectiious disease!

What kind of human puts their own interests above the risk of 11 millions getting infected by unknown virus?!

Because of this suppression of information many more have died and many more will still die. And the oppressive forces of the Chinese regime are still punishing people from sharing information. To share information, news and facts about what is really happening in China means you are risking to be severely punished and even sentenced to death.

Being worried for fellow human beings and what is happening to them and from wanting to warn them despite you being told by police not to in China means that you're a terrorist. This is wrong and we should condemn any government that is resorting to such acts.

Why am I writing this? We are all humans and we should all take care for fellow humans and enforce human rights all over the world. I can not stand silent and mind my own business while the other human beings anywhere in the world are suffering and are condemned to death by their own government. I have had enough! We should not stand passive and ignorant!

We should not accept something like that acceptable in 21st century!

We are all now globally connected through social media that is by itself also at risk of doing their own suppression of information directed by government regime as they see fit. But none of the social media platforms is suppressing information as so aggressively as Chinese government on WeChat and Weibo social platforms.

By not doing anything and just standing idle and minding our own business we as international community of all the humans all over the world become a passive enablers of such things to happen as were Nazi Germany maintained concentration camps mass murdering innocent humans on industrial scale.

A shame in human history! A non erasable stain in human history. When as a young boy learning in history class about concentration camps I was ashamed of being a part of human race and my eyes were full of tiers. I was the only one with tears in my eyes in whole class. Today as I walk through life and learn about how things are in reality and as they are happening I just can not anymore stand down. I am declaring myself as an advocate of human rights.

I will put it on your chest dear reader. If you ever see something happening that is by all accounts a clear violation of someones human rights don't turn your attention away from it, share it, condemn it and demand from those in position of power to either stop or prevent the violations of human rights to continue. Do whatever is possible to get as much of attention of international human community to learn about it and condemn it.

It is becoming clear to many Chinese citizens that authoritorian regime will always put its own perservation in front of the lives of its citizens. Authoritorian regimes for their self preservation often destroy the type of humans who really care about other humans more than about themselves, those who put responsibility for other humans over their self interests and money. The people that we most need in governments!

Suppression of information is an act that can be very deadly and leads towards creating a blind spots where human rights are violated! 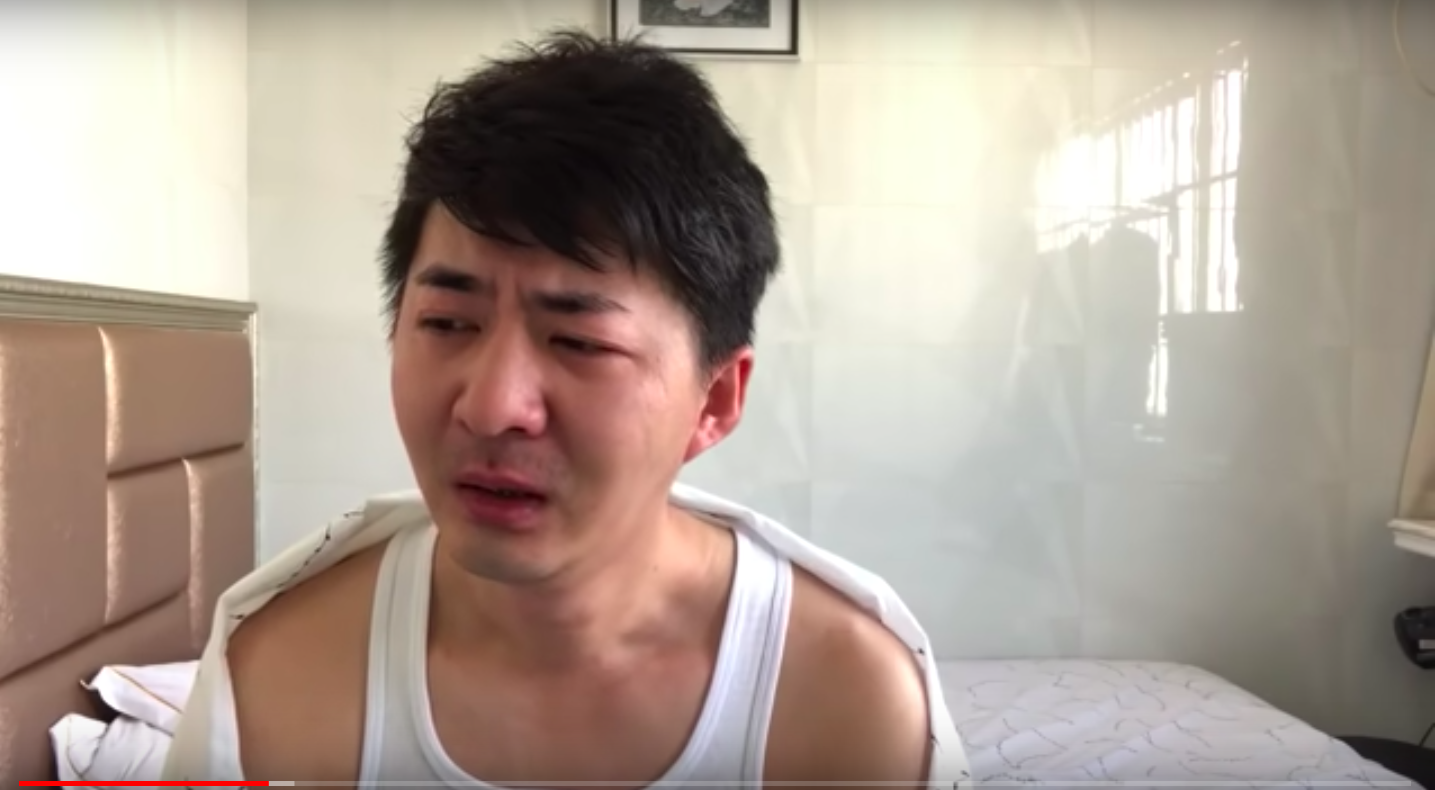 I feel very strongly for Chen Qiushi. When I wanted to get informed about the virus and what is going on I found his investigative reporting refreshing and factual. He was doing us humans on different continents a service of informing us about possibly the most important thing we need to know. I am thankful and worried for him.

He was really not doing anything wrong. He risked his own life going around hospitals in Wuhan, interviewing doctors and the patients infected with NCOV-2019 virus. He was reporting about the problems that needed to be addressed as quickly as possible so that lives can be saved. The hospitals were turning down sick people in need because they were not able to diagnose them with limited hundreds of testing kits they had and the demand was for several thousands of people. There were also not enough hospital beds.  Last thing he was reporting about was the quaranteen buildings and challenges that come with it.

Chen Qiushi who was reporting about the facts as they were happening went missing:
A tweet from Chen’s Twitter account sent on Feb. 7 said Chen’s friends and mother have been unable to reach him since around 7pm local time on Feb. 6. Phone calls made to Chen’s cell phone went unanswered.

I am angry at Chinese government if they detained him. I will say this to Chinese government and everyone from TOP to the BOTTOM who represent it and execute orders of arresting innocent people to suppress and control information.

STOP IT!
You are violating HUMAN RIGHTS. Violation of human rights leads towards you loosing your authority to govern. A government not supported by its citizens is not a free government. It is a government hijacked by terrorists!

Supression of information is a sign that abuse of power in the government is happening because those who abuse the power do it "behind closed doors" to get away with it. Such a government lost its legitimacy to govern and its days are numbered. Any government without replaced with a more transparent and healthier one.

Supression of information under pretense of removing, preventing or suppressing fake news is just an excuse. Fake news can easily be fact-checked and refuted.

Many things about Corona virus 2019-ncov are unknown but until the real number of infections and deaths don't stop growing we should pay attention about it and seek for valuable, accurate information of high quality about it. Stay attentive but don't panic. Get informed and remind your governments not to suppress information to not loose their legitimacy. The history has no mercy on those how lie, opress and suppress.

China is not a democracy and the people cannot remove their leaders from power for governance failures related to the coronavirus outbreak. People expressing discontent online can go to prison. There is no free press and journalists trying to report on the frontline are obstructed, detained, and their stories deleted from the internet. Medical staff are gagged. Civil society organisations decimated by Xi's crackdowns on human rights cannot work on the frontlines to support hospitals and communities. Frightened netizens are labelled rumour-mongers.

This should not be the new standard for outbreak response. The WHO should abide by its own human rights principles and demand the Chinese government end its censorship and police suppression surrounding the coronavirus outbreak.

Chen Qiushi a human rights lawyer, has not been heard from since 7pm local time on Thursday 7th of February 2020

Mr Qiushi became known as a citizen journalist, someone who doesn\'t work in the media who reports on social matters typically through social media. He has reported horrific scenes in graphic detail, including a woman frantically calling her family as she sits next to a dead relative in a wheelchair in Wuhan.

I get alot of my information from AgendaFreeTV channel on Youtube as well a reputable twitter news feeds. Even though I do not believe the numbers China is telling us, I am waiting for the number from Hubei Provence to come out stating their confirmed cases etc, as of right now it is nearly two hours late bringing out those numbers, they have never been late before. Very weird.