In 2011 I was a very poor young student who was just learning about the business and tech world. I was researching and looking into Google and why it grew into a giant. At that time their most lucrative business was Google Ad Sense. Which is an ad network.

Back then I was new to Second Life and I was just learning how to program using linden scripting language. After I learned the basics I wanted to challenge myself and see if I can build a system. I was aware that advertising is a big business and that there is a lot of money in that industry. So I envisioned an ad network designed to work inside a virtual world.

Before I started making my ad network system I went to then most active SL forum SLUniverse and announced my project and a business plan that I prepared for it (as they taught in schools at that time). Forum people said it is not going to work and made numerous jokes on my account. I was basically laughed at. I ignored the forum people and got myself busy. I learned that if you want to be successfull you need to take into account risk that you will fail and that you will be laughed at. But I learned also that even when you fail in something you learn.

Young and full of energy I was back then I was motivated from thoughts and potential of maybe growing a million dollar valued company.  If I just manage to design the system well. I was really a novice scripter and to design something like that I had to learn and go thorugh frustrations and headaches as sometimes it took hours for me to find out why something is not working. It was pain. Little did I know that all this struggle I had with learning to program changed my brain, equipped me with logic and gave me ability to think in a strategic way. I also learned that all will be ok as long as you don't give up.

My role model in business world is a billionaire businessman Jack Ma who among many other wise things says that you haven't failed at something as long as you don't give up and keep on going. He is a person who graduated as an english teacher and who tried to enroll in many things and found that for him many doors are closed as he didn't fit the requirements. Not educated in IT (not a programer) he managed to build one of the largest IT enterprises in the world that stand next to giants as Google and Amazon. I still remember soon after my ex business partner who was a designer joined me and built a nicer and bigger ad cente building (the previous one looked like a garage :p). Soon after someone bought an ad for 10 000 L$.  It was 1st bigger client for Second Ads grid wide ad network. And it was a Second Life land baron under brand name Bell Estates. Ever since I've repaid that business in value several times over. This is what Second Ads brand presents - VALUE. With Second Ads I have many virtual businesses that have been advertising with the system for many years.

The value that an ad for an advertiser that is displayed on adboard seen by many people can not be measured directly. At 1st as the ad system was designed it used sensor to measure the impressions but that was taken out to not contribute to lag on SL simulators. The value that Second Ads Grid Wide Ad Network produces for virtual businesses is several times over the cost of the advertising itself. Larger the network the larger the benefit to all involved parties. It has been active and employed in the service of virtual businesses in Second Life since 2011.

Second Ads has since grown into the largest AD NETWORK system in Second Life (with over 500 lands hosting the networked adboard and displaying ads). Many people who use grid wide ad network think that it will directly lead into more sales or more visitors to their place but they are not aware about what is brand, brand equity and brand awareness.

For that reason I would like to lay some base knowledge with few fundamentals from science of marketing.

Advertising is the attempt to influence the buying behavior of customers or clients with a persuasive selling message about products and/or services. In business, the goal of advertising is to attract new customers by defining the target market and reaching out to them with an effective ad campaign.
Brand recognition is the extent to which a consumer can correctly identify your brand based on visual indicators such as logo and colors. For example, if you see the Dunkin Donuts pink and orange letters up ahead, before even making out the words, you'd automatically recognize it as Dunkin Donuts.

Advertising is useful to business that operates in highly competitive market. It is very important that you build your brand recognition. You need to put your brand out there so that it becomes part of public consciousness. Your logo / colors / shape become part of people's every day reality and part of their life. People always choose things that are more familiar to them.

You want to become Coca Cola not some unknow small business in the pool of thousands of unrecognizable businesses who produce sweet water with color for people to drink. 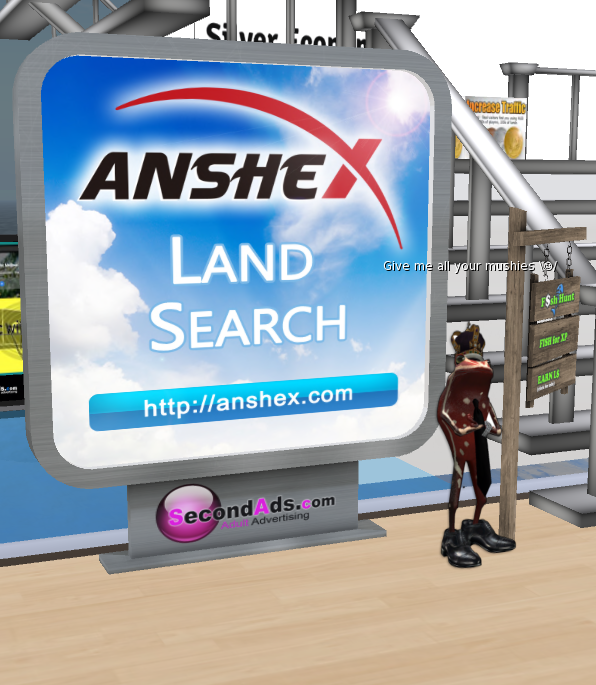 There is fierce competition in many different creators / business segments (product markets) in Second Life. I am saddened to often see that some owners of virtual businesses in Second Life use dirty and morally questionable business tactics to try to hurt/destroy their competitors (especially in skins/shapes sl industry nowdays).

To be better from your competition in business you simply need to provide more value for your customers and provide a better product or services and be more successfull at marketing.

I hope my Second Life business story inspires young people with different talents, those that are learnign and trying themselves in creating their 1st business in Second Life and are still on the path of learning about how business works in Second Life.

Don't be afraid of people laughing at you ;) I believe most of the billionaires when they were just starting their business path at some point they were laughing at. Because to have this capacity in yourself to create and work on a business that some day provides value to people that can be measured in millions of billions, you have to be so different from the others that they laugh at you.

Keep learning, keep innovating, keep building and keep improving yourself, your services or your products.  Most of all keep growing - not just as a business but also as a person. Your businessed brands sooner or later become mirrors of your personality.

In big business when people buy products that are very similar in functionality and design, their final decision on which product they will buy will be of the brand for which there is a better and more genine story of a real person who started or manages a business.

lovely story and great blog post wili. I think advertising is very important aswell. Someone once said to me about how it is important to show off and advertise your art and what you like to do. Even with making art.. if you don't tell people about your creations. It will be very hard for people to find out and know about what you do if you don't tell them. Advertising is a fantastic way of giving information to people.