Did you know that you can earn linden by farming worms?

As a farmer you'll be able to sell the worms you farm on the worm exchange. Farm on a grand scale to get farming experience points and increase the size of your crops! 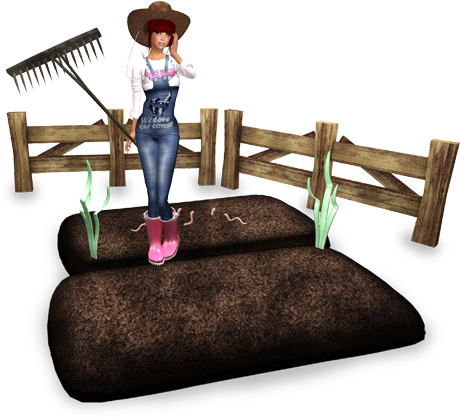 Ok, Fishers! This is it Current events on the fishie fish world. What's going on and what's new! I hope everyone is having a good fishing day out there in SL!


First up, Back on the first of May a snakehead was found IN CENTRAL PARK O.O ok, these fish are seriously no joke my friends. Carnivous and land loving tritors to their own gills. let's see what MSN had to say:


NYC's latest thing to fear? Carnivorous fish that can live on land

They call it Fishzilla, a fearsome predator with razor-sharp teeth, an unending appetite and the ability to survive on land for days at a time. And this sci-fi sounding creature has been discovered in Harlem Meer, an otherwise innocuous lake in New York City's Central Park. The snakehead isn't native to the United States, but anglers have reported seeing them in one of the city's most popular fishing spots. Wildlife officials are warning amateur anglers that if they catch one, they should NOT throw it back into the water. Because of its voracious appetite, snakeheads could "radically alter the local fish population" by chowing down on "fish, frogs, crayfish, beetles and aquatic insects." Does anybody know if they eat rats?

Whew!! thank Cod it's not alive, But believe you me If Central Park were to become a breeding ground for these scaly organisms New Yokers would have a serious problem on their ponds!! these fish will literally destroy, devour, and demolish any other fish they com across, horrible for any water ecosystem! o.O

New Species of See-through “rainbow” Fish Discovered in the Amazon

It was fished out of the Rio Negro, the largest tributary of the Amazon, which has been “thoroughly” explored in the past. Scientists apparently missed this tiny guy, though. At only 17mm in length, it’s easy to see how they might! This maximum length makes it one of the smallest vertebrates in the world, measuring only 7mm longer than the world’s smallest fish.

Not only is this a new species to science, but it’s also a completely new genus! Besides its small size, this fish might have gone unnoticed for so long due to the habitat in which it lives. The highly acidic dark waters of the Rio Negro are so murky (due to an abundance of dissolved tannins in the water) that they have been compared to a cup of well-brewed black tea. The only way scientists even spotted the fish at all was due to the fish’s bright blue belly.

The team learned to look out for a sudden blue streak in their nets to catch the fish. To get pictures, they had to transfer specimens to a specially rigged photo tank quickly, without taking them out of the water, otherwise they died and turned white.

The new species has been named the Little Pygmy Perch (Nannoperca pygmaea).

The first specimen of N. pygmaea was found in 2009 near Denmark, Western Australia, and has been the subject of conservation efforts since then.

“The Little Pygmy is the smallest of Australia’s seven pygmy perch species, three of which are known only from the rivers and lakes of Western Australia’s south-west,” said Dr David Morgan, lead author of a paper describing the Little Pygmy Perch in the journal Zootaxa.

“We believe it is also the rarest, having only been found in a very small section of river near Denmark. While its discovery has been very exciting, we now need to ensure that the species is afforded State and Federal protection.”

“Recently, the WA Government has provided funding for the Little Pygmy and two other endangered freshwater fishes in the South-West through the State Natural Resource Management (NRM) Program. Part of these funds goes to getting the species listed and hopefully to locate it elsewhere and identify critical summer refuge habitats,” Dr Morgan said.

A team of Ukrainian researchers in Antarctica's Ross Sea accidentally discovered a new species of fish during a fishing trip.

The new species was discovered as by-catch from a scientific fishing expedition for Antarctic toothfish. The new fish species has some funky features including a descending mohawk of dorsal fins, irregularly blotchy brown skin and an odd protrusion from its lower lip called a barbel that looks like a dirty cotton swab.

After catching three of the fish in 2009-2010, the researchers spent the next several years comparing and analyzing their finds with other known species before concluding the fish was indeed a new species. The hopbeard plunderfish is now the 22nd currently recognized species of its genus.

It can live in icy waters nearly a mile below the surface of the Ross Sea. Specimens were pulled from the water as deep as 4,560 feet (1,390 meters).

Other than a physical description, no other information is known about the fish. Their diet, behavior and habits remain unknown.

This is Valkyujra Reporting in with your Epic Fishie News, Good luck to everyone While fishing, Signing off and Love to ALL!!

Poor See-through “rainbow” fishy goes all white when it dies like Snuffles when they run out of Sunflower Seeds lol
:)